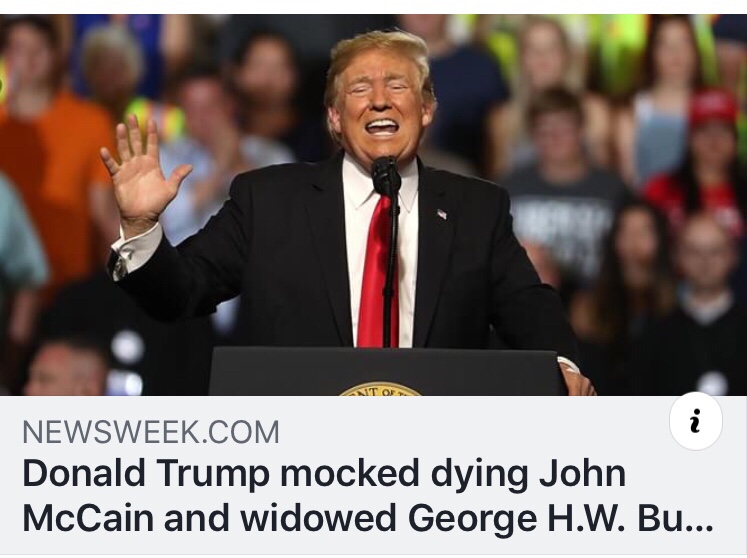 This is what an immoral piece of shit looks and sounds like – he’ll mock McCain and Bush as sacrifice to his baby-ego. And what of every single supporter at his rally, come to worship and praise him? Their adoration reflects their equal immorality in that their cheers spurred Trump to further taunts his Republican Party and crass remarks made about Senator Warren. These are false evangelical christians that are damning America to fail and allow their illegitimate champion to usher in fascism.